‘The Nation and the farmers have to wait at least 3-4 years to get the return from Bheri-Babai.’ Kathmandu; The physical progress of the Bheri-Babai Multipurpose Project under construction in Surkhet is about 40 percent complete so far. The work of 12.2 Km tunnel was completed last year. Even after the completion of the tunnel, the work of the dam and the power house required to generate electricity is slow. A contract has been signed to complete the dam and power house in the next three years. In this context, Laxman Biyogi of Urja Khabar had a brief discussion with Project Chief Harinarayan Yadav about the recent progress of the project, solution of local problems and policy support from the Department of water Resources and Irrigation and Ministry level:

The tunnel of Bheri-Babai Multipurpose Project has been completed. Now what are the remaining tasks?

The tunnel is in a state of complete completion, but there is some work to be done at its opening (inlet) and its end (outlet). Studies have shown that there is some sloping land in this place and the soil is not stable. This will require some important conservation work, for which work is being done by making plans.

It has taken some time as we have to work with limited space and bioengineering. The soil is being filled in the middle by placing beam on the edge. When shrubs and other small plants grow in such places, it becomes stable. This work is in its final stages.

Did the Chinese Contractor get the certificate by handing over the project as the tunnel has already been constructed?

Yes, the Chinese Contractor COVEC has received Taking Over Certificate (TOC). But the certificate has been given with the condition of protection inside and outside the tunnel and the condition of doing small works. The contractor has some responsibilities before handing over the project to us. There is still work to be done, including vacating the occupied places and temporary camps.

TOC was given while the remaining minor works were pending. Isn’t it a problem to work later?

Nothing like that happens. That is a part of the contract agreement. Those things are being done now. In the future, the contractor should do the same in ‘Defect and Liability Period’. We have received bail. We have right to deduct the bail amount if the work is not done as per the agreement.

Work has just started on the contract for the dam. It seems to take another 3-4 years to complete and return the water. How to keep the tunnel safe till then?

Hydro and electromechanical works will not start until the civil work is completed. Therefore, we are on schedule and will be able to complete the work within the stipulated time.

Doesn’t the tunnel burst or crack when it is dry for 3-4 years?

Nothing like that happens because all the cement blocks or rings inside the tunnel have been tested. Being underground, it doesn’t become so dry.

It has been a year since dam’s contract was signed, but work has just begun. The question has arisen as the contractor has not been able to work effectively due to his weak performance. If so, can it (the dam) be completed in time?

Something went out of control.  For instance, COVID-19. This is not what any of us thought. Due to it, the work was interrupted for 7-8 months. When the work was started to be done in the field with an agreement with the contractor, it could not be done properly for 6 months. Initially, it took time to cut down trees, acquire land and other works. When the contractor was just to start the work after completing the initial tasks, COVID-19 began to spread.

When this happened, it seemed that the contractor could not work in spite of having ability. The contractor also started cofferdam while this work was going on, the cofferdam collapsed due to the rapid flow of the river and hail. Due to the covid, there was also problem in the availability of manpower and construction materials. This does not mean that the contractor should be left free. We strictly monitor and push for work and timely completion.

Do you see the contractor’s current speed lead the work to be completed within the contract period?

Now, the situation is not out of control. And, I don’t think it will reoccur. We have three years period to work. It is important to plan and work during this period. Not only that, we need to be aware of whether there is a balance between planning and work in the workplace. We will try to expedite the work through continuous monitoring, facilitation, and mutual discussions. Let’s hope, we can complete the work on time.

Do you have a plan to facilitate the contractor or a separate plan to complete the work on time?

There were some problems while constructing the camps and the diversion road. Problems have been solved negotiating with the locals. Even now, the contractor has demanded security as the locals have obstructed it. For this, talks have been held with the District Level Security Committee chaired by the Chief District Officer (CDO).

As per our request, the CDO has said that a team of armed police will be deployed. We have sent to the ministry of Home Affairs for this. If a security mechanism is set up, the contractor’s panic situation will be resolved.

style="font-size:10pt">This project is in Karnali Province. Have you got any support and coordination from there?

So far, we don’t have any problems regarding coordination. The state has provided assistance in the issues we have discussed and moved forward. According to the regular schedule, the work of dam will be completed and the water of Bheri will be discharged into Babai. We are working according to that plan.

Along with the dam, the construction of power house has to be carried out simultaneously. What is its condition?

The target is to generate 46.8 MW of electricity from the power house. Along with the dam, its work is moving forward. Under civil works, the works including dam, gate i.e., barrage, search tank, power house etc... is done by the Civil Contractor. There is no need to worry thinking that the power house will not be built when the headworks become ready.

There are two groups of contractors. One builds the dam and the other builds power house. In this case, the power house will be completed by the time the headworks is completed. But there are some components like hydro-mechanical and electromechanical.

Hydro-mechanical’s contract was also signed last year but was cancelled due to some technical reasons. Preparations have been made to move forward by re-evaluating it. The cost-estimation of hydro-mechanical is also ready but needs to be re-evaluated by the department.

If the contract is completed within this financial year, the equipment to be connected to the power house will be delivered by the time the dam and power house are ready; and the work will be completed together. Hydro and electromechanical works will not start until the civil work is completed. Therefore, we are on schedule and will be able to complete the work within the stipulated time.

What is the modality of power house construction and operation?

Some work has been done in this regard. However, discussions have been held in the Ministry and preparations have been made to include the power company in the ‘People’s Hydropower Program’.  Now the final decision on which model to take it will be decided from the top level.

The project seems to be completed much later than scheduled. Has the nation now lost about seven billion rupees annually from irrigation and electricity?

There is no point in calculating the revenue from the project until it is completed and the water from Bheri is discharged into Babai. Without completing the work, it is not relevant to just estimate how much income would have been lost.

All the remaining work has to be completed within three years from now. What kind of policy intervention is required from the department or ministry for this?

Most of the work is to be done by the project itself, but when coordinating with the locals, there are disputes and obstructions on some issues. For example, there is no problem in acquiring private land. In case of public land not being redistributed and being used by the people, it is difficult to solve the related problem at the project level.

There is no manpower as per the number of posts fixed. Will this also affect the construction?

Local and affected people expect from the project depending on the size of it. What has been done so far under social responsibility?

According to the Environmental Impact Assessment (EIA), Bheri Corridor Irrigation Development Program has been approved as a separate project. It also has a master plan. The former 25VDCs fall within the 125km corridor from Salyan’s Rakam to the confluence of Bheri and Karnali river.

In those places (25 former VDCs), work related to irrigation and embankment will have to be done as per the EIA report. In the case of irrigation, the water is below from the land level. In such places, lift or boring will be done or water will be supplied to the field using local spring or culvert nearby. It is planned to install solar lift as there is no electricity in those places.

Aren’t there any programs to improve the living standards or livelihood of the locals?

We do this too. It is also planned to conduct some vocational training (for example: mason, carpenter,) or training related to profession and business at the local level.

How easy or difficult is it to work in coordination with the locals?

As it is a big project, people have a lot of aspirations. There seems to be unlimited demand and hope. The project cannot complete everything. There is demand for roads, schools and health posts. Our main objective is to make a barrage and get the return from irrigation and electricity as soon as possible.  However, we will do according to the EIA. But it is difficult to complete all the public demands. Attempts have been made to explain them about the work that cannot be done. There is no environment to obstruct the work after understanding the reality. 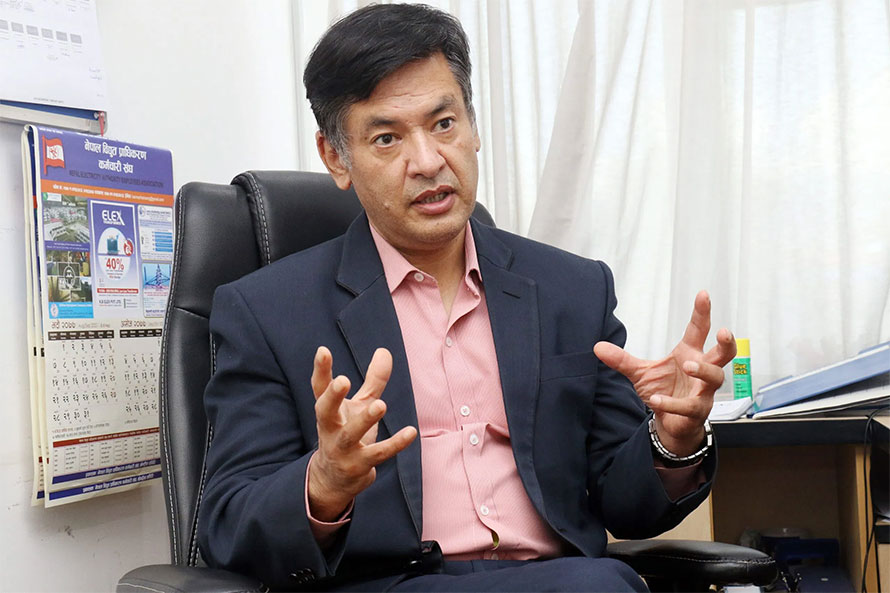 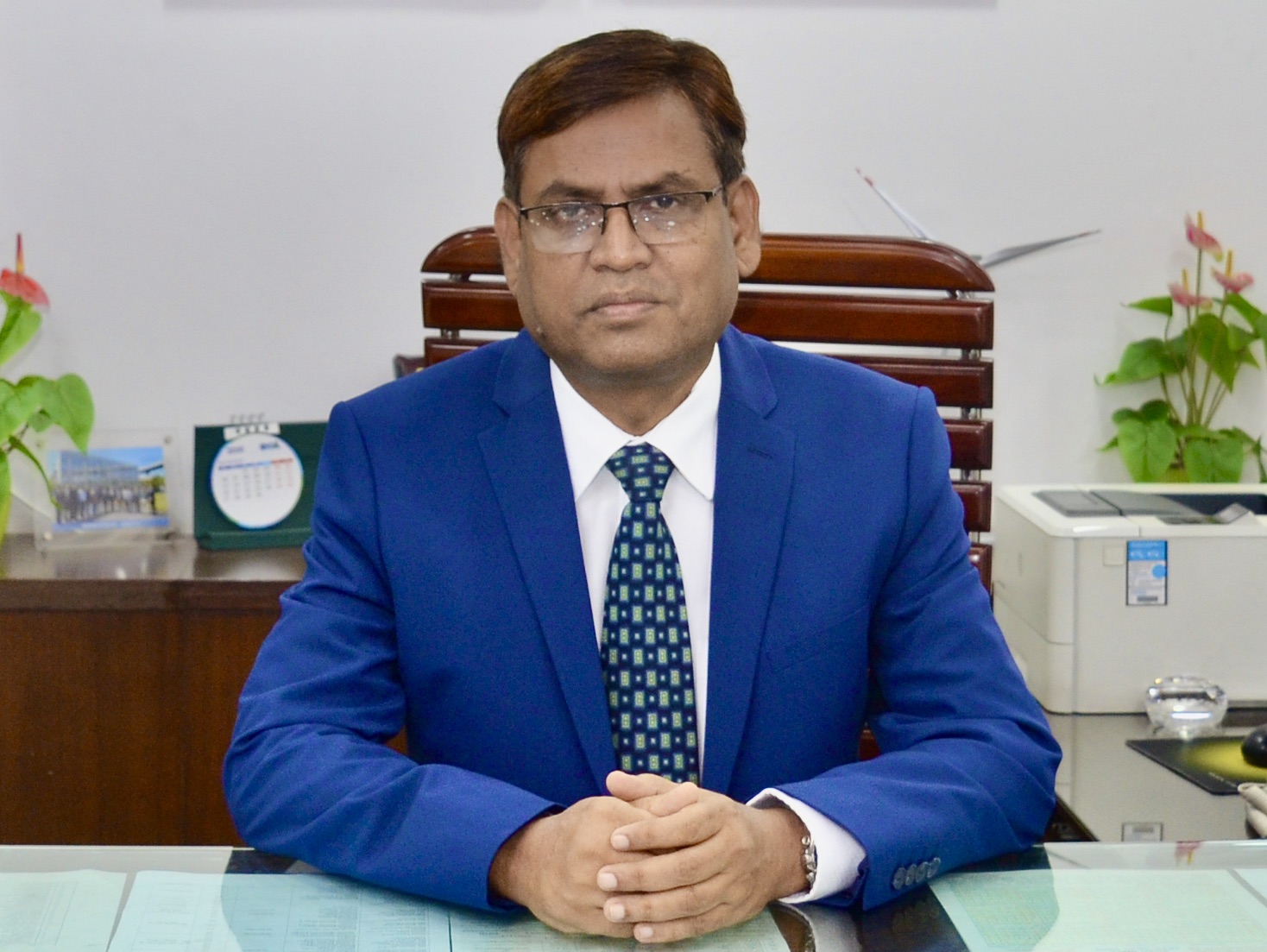 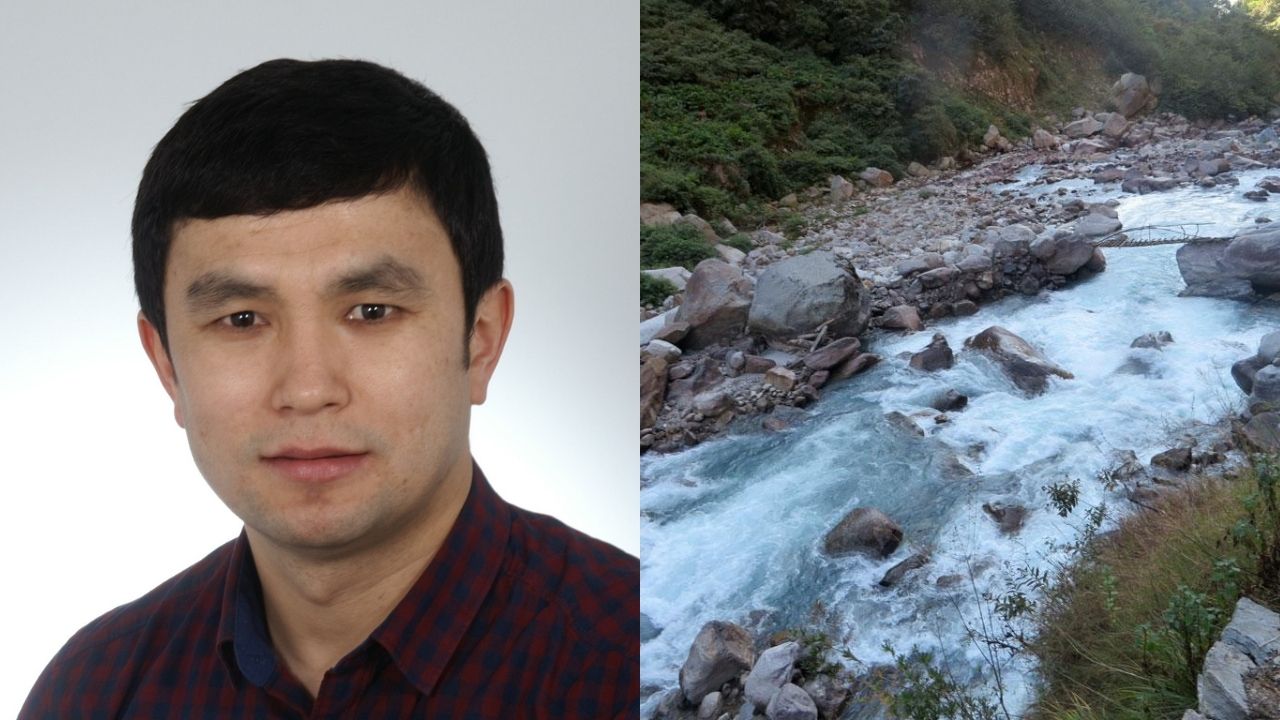 What hydrology can tell us about climate change in Central Asia